As TV prequel House of the Dragon is announced, author says finishing The Winds of Winter, the sixth volume of his saga, ‘remains my priority’ 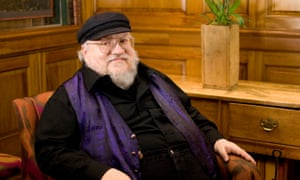 George RR Martin has promised not to write any scripts for HBO’s new prequel show based on his imaginary history of the Targaryen family until he has “finished and delivered” The Winds of Winter, the long-awaited sixth book in his A Song of Ice and Fire series.

Hours after the bloody world of Game of Thrones claimed another victim – a TV prequel set thousands of years before Martin’s books that has been scrapped – television network HBO gave the green light for a full 10-episode season called House of the Dragon, another prequel spinoff but focused on the brutal and fiery Targaryen dynasty.

“The dragons are coming … back,” wrote Martin on his blog, after the announcement. He confirmed it would be set “a couple of centuries” before A Song of Ice and Fire, and draw upon the histories he created in his book Fire and Blood. House of the Dragon will be co-created by Martin and Ryan Condal, who was showrunner for the science fiction series Colony and who will produce the series alongside Miguel Sapochnik, who won an Emmy for his work on Game of Thrones.

Martin revealed that House of the Dragon has been in development for several years, and was “actually the first concept I pitched to HBO when we started talking about a successor show, way back in the summer of 2016”. Condal, he said, has “already done a considerable amount of writing on House of the Dragon, but a lot of work remains ahead of us”.

While Martin hoped to “be able to script a few episodes, as I did for the first four seasons of Game of Thrones”, he said he would not do so until the Winds of Winter was finished. The most recent book in the series, A Dance With Dragons, came out almost nine years ago.

“Let me make this perfectly clear … I am not taking on any scripts until I have finished,” he wrote. “Winter is still coming, and Winds remains my priority, as much as I’d love to write an episode of House.”

The novelist also expressed his disappointment at HBO’s decision not to proceed with the other adaptation, a pilot episode of which has already been shot written by Jane Goldman, directed by SJ Clarkson, and starring Naomi Watts and Miranda Richardson.

“It goes without saying that I was saddened to hear the show would not be going to series. Jane Goldman is a terrific screenwriter, and I enjoyed brainstorming with her,” said Martin. “I do not know why HBO decided not to go to series on this one, but I do not think it had to do with House of the Dragon. This was never an either/or situation. If television has room enough for multiple CSIs and Chicago shows … well, Westeros and Essos are a lot bigger, with thousands of years of history and enough tales and legends and characters for a dozen shows.”